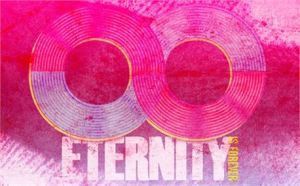 Like so many others, I watched the horrific events unfold in Japan this past week, with an utter sense of helplessness, as the 20+ foot waves of the Tsunami crashed onto mainland, literally sweeping away everything in its path. The latest reports are suggesting more than 10,000 deaths as a result of this massive earthquake. It goes without saying, many of our hearts and prayers go out to the people of Japan.

I understand that the financial consequences of this catastrophic event are going to be devastating, totalling in the millions in losses. In fact, the stock market in Japan has already dropped over 600 points today. However, as I was watching the news coverage my thoughts were immediately drawn to the eternal consequences of this tragedy. According to Mission Network News, less than 1% of the population of Japan is Christian. If you do the math, that would mean that out of 10,000 people who perished, only 100 of them were prepared to enter eternity… and 9,900 are lost forever, eternally separated from the loving presence of God! Please re-read that last figure and allow it to sink in for a moment. Simply mind-boggling, isn’t it!

Now, take note of what the Scriptures say…

“For the wages of sin is death, but the free gift of God is eternal life through Christ Jesus our Lord” – Romans 6:23 (NLT)

“And anyone whose name was not found recorded in the Book of Life was thrown into the lake of fire” – Revelation 20:15 (NLT)

I would say this is serious business! The problem is that all too often we can get sidetracked with the temporal issues of life and lose focus on eternity! John Bevere, in his book Driven by Eternity, writes, “Many today are not building their lives on the eternal–God’s Word–but rather cultural thinking, tradition, assumptions, and emotional feelings about who God is” (p. 8).

May I challenge you, if you find yourself living more for the temporal things of life, things that will not last, and not really stopping to consider the eternal consequences of how you live, stop everything that you are doing right now and ask God to give you a greater revelation of eternity… and then act on that revelation! Why? simply because “Eternity is Forever” and it’s the only thing that really matters in the long run.